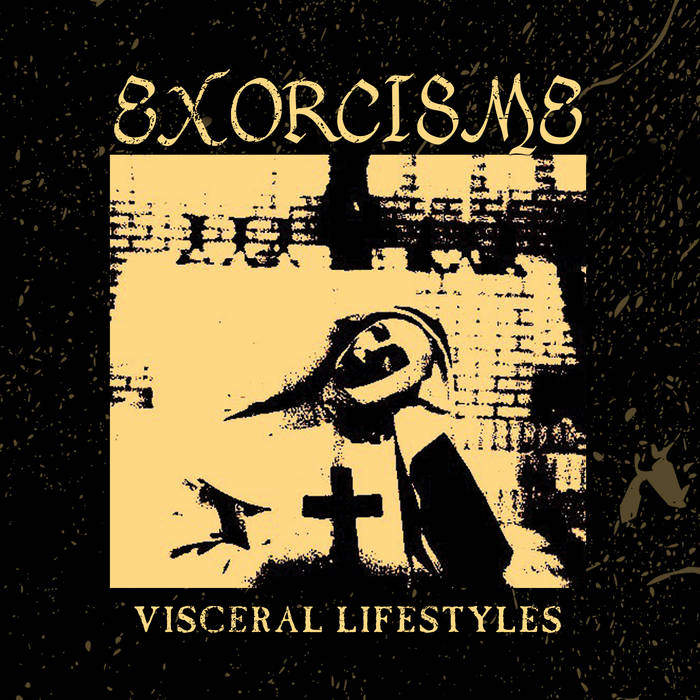 "Exorcisme is a two-man wrecking crew, and Visceral Lifestyles is also a two-song debut — and a scorching experience"
- NO CLEAN SINGING
www.nocleansinging.com/2019/08/29/short-but-sweet-horrid-apparition-exorcisme/

"Cleveland’s Exorcisme unleashes utter hell with a raging, speeding two track barnburner of a demo, Visceral Lifestyles, fitting perfectly in line with their hometown’s reputation for gnarly, ripping metal. Though the demo is really short, it clearly represents a distinct answer to Hellripper, Letal Cross, and Raw Pöison, so hopefully this isn’t the last we’ve heard from the band. Raging metalpunk seemingly inspired by Venom, yellow goat Bathory, and the Exploited. Somewhat blackened, thrashing, speed metal-infused, punkified metal in all its glory. In the band’s own words, “Enter the fucking flames.”
- The Metal Observer, Albums of the Month
www.metal-observer.com/3.o/tmo-albums-of-the-month-august-2018/


Pure, uncompromising filth-laden Metal Punk from Cleveland, Exorcisme’s Visceral Lifestyles assaults you with every nano second of uncompromising fury that brings together the sonic power of metal with the attitude of punk in the unholiest of matrimonies. Fueled by malevolence, hellbent on Destruction, guided by darkness. Enter the fucking flames.

Exorcisme- Visceral Lifestyles
recorded July 2019 at Audio
Alchemy Studios, Cleveland, OH.
All music by JH.
All vocals and words by J Plague.
No Fun. No Tolerance. No Compromises.
Contact EXORCISME at Exorcismehellfire@yahoo.com

Bandcamp Daily  your guide to the world of Bandcamp

Featured sounds from Fly Lo and Ahmed Idris, plus Mother Nature hops on to drop off new project